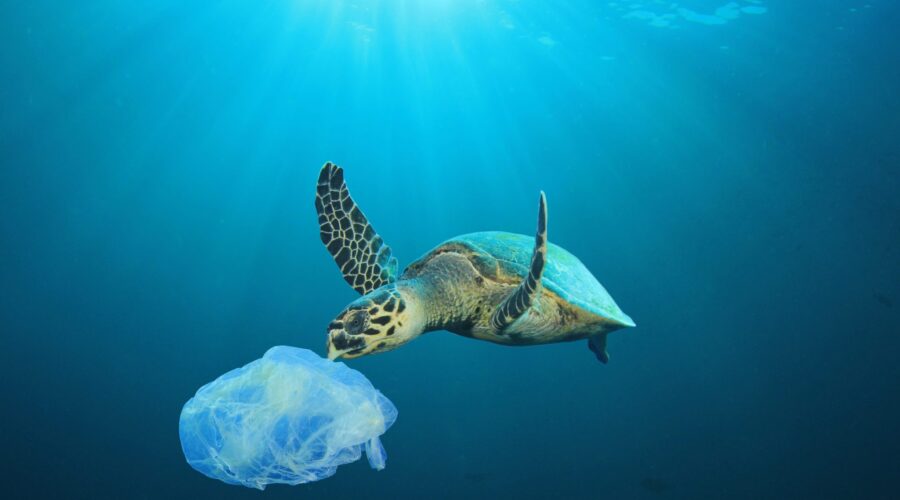 Two scientists, David Duffy and Catherine Eastman, at the Whitney Laboratory for Marine Bioscience and Sea Turtle Hospital at the University of Florida, wrote an article on EcoWatch about the ubiquity of plastic in the oceans and the harm it brings to sea turtles. Turtles face a variety of threats, including conservation or climate change, but plastic is a critical threat to turtle populations and habits. In a recently published article, Duffy and Eastman expose the danger of plastic to turtles. “However, it’s becoming increasingly hard to ignore evidence that plastic pollution poses a growing, hidden threat to the health of endangered sea turtles, particularly our youngest patients. In a newly