Hemp Straw Company Inc. > News > Watch “The Sea Turtle with a Straw in its Nostril – No To Single Use Plastics 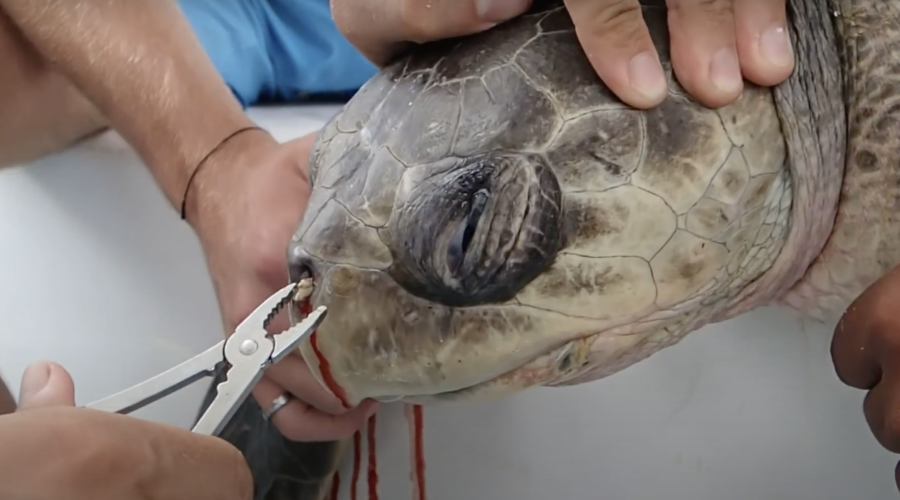 He had a 10-12 cm PLASTIC STRAW lodged in his nostril. After initially thinking that we are looking at a parasitic worm, and trying to remove it to identify it,

we cut a small piece off to investigate further and finally identified what we were REALLY looking at. After a short debate about what we should do we removed

it with the plier of a swiss army knife which was the only tool available on our small boat (not intended for overnight stays), since we were on the ocean,

sea turtles) and x-ray machines. Plus, we would have incurred a penalty (up to time in jail) on ourselves by removing the turtle since that is beyond our research permits.

He did very obviously not enjoy the procedure very much, but we hope that he is now able to breathe more freely. The blood from the shoulder is from a 6 mm skin biopsy

we took previously to this event for a genetic study (part of our permitted research), which usually doesn’t bleed much, but which started bleeding while restraining the turtle.

We disinfected the air passageway with iodine and kept the turtle for observation before releasing him back into the wild. The bleeding stopped pretty much immediately after

the removal of the straw, and when we released him, he swam happily away. The turtle very likely swallowed the straw while ingesting other food items and then either expelled

the straw together with the redundant sea water through her nostrils or regurgitated the straw and it ended up in the wrong passageway. The nasal cavity of sea turtles is

connected directly to the palate (roof of the mouth) by a long nasopharyngeal duct.